Creating the Myers Briggs of Love 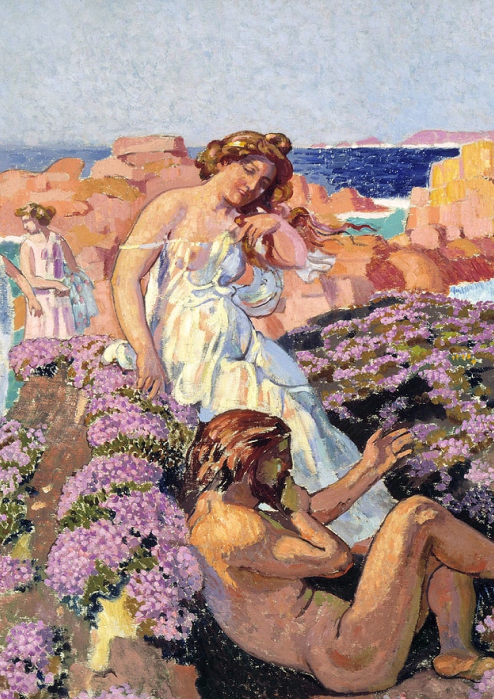 We set out to create an MBTI-like personality instrument to help people better understand themselves in the world of love. The goal was to develop 16 personality types to effectively differentiate us in 1) how we conceptualize love 2) how we integrate partners into our lives 3) what we want out of love and 4) and our reliance on partners for our overall wellbeing.

At Dimensional, we use personality science to help people improve their lives and relationships. A central element of our platform is the concept of Archetypes: traits that summarize us in one of several contexts. To date we have 5 Archetypes: Spirit, Identity, Work, Love, and Career.

While we measure users in detail across over 100 underlying traits, the ensuing alphabet soup of traits can be overwhelming for casual users. Archetypes serve as a sort of 80/20 summary of those traits across contexts and help us relate to one another in more simple terms.

While there are existing generalized archetypes for Identity and Work (like Myers Briggs and DISC), there is no such equivalent in the arena of romantic love. Surprising, given that it is perhaps the most consequential to our overall life satisfaction.

In that spirit, we sought out to create a Love Archetype.

The most important question in developing any archetype, which is by definition a reductive exercise, is to ask "what's the fewest number of traits we can use to capture the greatest essence of a person?"

For the sake of simplicity we decided that, like Myers Briggs, we would limit ourselves to four sets of opposite traits. Why choose four traits and not five or even three? This is where personality testing becomes part art, part science. It is a balancing act between simplicity and comprehensiveness. Too few traits and you'll fail to capture enough difference in people; too many and you'll miss the whole point of the exercise in the first place.

As arbitrary as this might seem, even the most scientific instruments make these kinds of choices. The Big 5 consists of five traits for no particularly empirical reason. There are Big 6 inventories and even Big 2. Some go further and split the Big 5 into 10 or 30 sub-traits. The number of traits we use to measure people is simply a matter of field of view.

With four traits in mind,  The combination of those opposite traits would yield 16 Love Archetypes in total. The four best traits would need to best satisfy the following conditions.

With those criteria in mind, our team compiled a list of suitable traits to fit in our model. We wont reveal the exact list (which is our secret sauce after all), but it included everything from attachment and love styles to measures of general personality. In all, we used 18 elements from the Dimensional personality inventory and mapped those elements onto 4 parent traits.

The first polarity we wanted to explore is a measure of the degree to which we want to integrate our lives with that of our partner's. Of course the nature of any relationship is the sacrifice of some elements of our personal freedom, but there are degrees to it. For instance, some couples prefer to lead relatively independent and social lives and view their time together as an opportunity to update one another on their lives. They may be wary of jumping in a relationship too soon and take time to be truly vulnerable. On the other end of the spectrum are people who prefer to fully integrate their partner in their life: sharing friends, hobbies, and goals. They are quicker to open up and share a life with someone.

The second polarity deals with our psychological conceptualization of love. On one end of the spectrum, romantic types easily crush on people. Though they might not admit it, they quickly fantasize about what a life with someone could look like. They project onto that person all of the qualities they desire in a partner. They can fall for many different types. On the other end of the spectrum are more pragmatic lovers who view potential partners in terms of "fit." They are less prone to fantasy and might take longer to fall for someone.

The third polarity deals with how we react to stress or uncertainty within our relationships. Entropic lovers experience the highs and lows of a relationship more acutely. Their partner's assessment of them means a lot to them and so they strive to meet the needs and expectations of their partner. They need reassurances of love from their partner, especially during times of conflict or relationship stress. Anchored lovers, on the other hand, are more self-reliant for emotional soothing. They need less validation from their partners and so might also be less likely to innately volunteer it. They are able to compartmentalize conflict in their relationships.

Our final polarity deals with our need for novelty and thrills in romance. Daring people want a life of thrills and excitement. They live in the moment and need excitement to stay stimulated. Anchored people derive pleasure from a slower pace. Though not necessarily introverted in the classic sense, they are more drawn to simplicity and stability and eschew overstimulation or chaos.

Together, these 4 pairs of dichotomous traits translate into the following 16 archetypes.

If you want to know your Love Archetype, download Dimensional for free on the App Store. Learn more at www.dimensional.me.